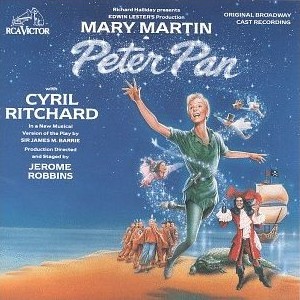 When I was a kid, there were several TV broadcasts of Peter Pan that I watched with great enthusiasm. After doing a little research on Wikipedia, I figure I saw the production when I was 8, 11, and 14 years old. I found the show delightful at 8 and 11, but when I watched it again at 14, I was devastated with the realization that I was growing up and would never be a child again. Remember Peter Pan refusing to grow up and how Wendy understood she was at the cusp of becoming too mature to believe in Neverland and Tinker Bell? I was hit with the realization that I would soon have responsibilities and adult-sized problems. I was sure there would be a longer and longer list of things I should no longer do, because they were too childish. After all, those were the messages I heard from my parents, teachers, and other adults.

How often have you heard a sentence beginning with “you’re too old to…”? Or uttered the words yourself, in the form of “I’m too old to…”?

Well, I say STOP IT! Stop it right now!

I just turned 64 (“Will you still need me, will you still feed me, when I’m 64?”) and Charlie is 78. Old fogies, right? Yes, but we ignore those numbers when it comes to deciding if we’re able to take on some activity. We both still rock climb, cross-country ski, hike, backpack. Charlie’s a fanatic about ice climbing. I took up kayaking this past summer. At a convention I attended for a service organization I belong to, I was thrilled to go try out the water slides at the hotel we were staying in. I think one other adult gave it a go. When I go into a McDonalds with a play area, it’s all I can do to keep myself from kicking off my shoes and crawling around in the brightly-colored tubes. I’m almost short enough to get away with it, too.

I was almost 40 when I started rock climbing, over 60 when I wrote my first novel. My body has gotten older, and there are things I can’t physically do any more, but I know that because I tried, not because I looked at the calendar and decided the number of years since my birth meant I shouldn’t do them. Remember that age is just a number. Don’t let that number define who you are and what you can do.

As Peter would say,

How about you? What do you do to defy the number on the calendar? I’d love to hear from you…comment below.